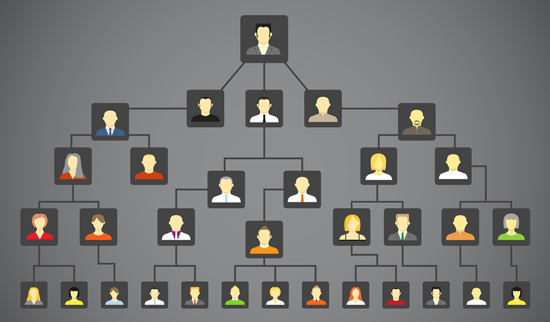 You may think you know what genealogy is, but many individuals confuse it with the closely related term “family history.” Genealogy is the study of ancestry and descendants. The study of genealogy pertains only to who is a member of a specific family and who these family members are related to.

As you make your family’s genealogy chart, it’ll be difficult to separate the two. After all, in order to learn who came from where, you’ll have to learn a little more about their history as well.

Who, what, when, where and how of your family tree is often conveniently labeled genealogy. Keep in mind, however, that an occasional relative who likes to take words literally may correct you when you talk about genealogy in such broad terms.

Why does genealogy matter any way?

Perhaps today it doesn’t matter as much as it once did. Especially in this country where – according to legend and tradition – every person at birth gets to start fresh in America. He stands or falls on his own merits, without regard to his family status.

Historically speaking, genealogy was an essential study. After all, it was the method of determining inheritance – especially with the nobility. Imagine the need to discover the next heir in line to a throne if the king had no direct son or daughter to pass his rule down to. The compilation of detailed and accurate genealogical records was of the essence to ensure the proper individuals received the throne.

As you can expect, even with the utmost care, many times in history more than one genealogical record would suddenly appear….throwing the process of crowning the next heir into bedlam.

Genealogy even pops up in the Bible. In the New Testament book of Matthew, he spends pages on what many Sunday school students try to quickly gloss over, “the begats.” “Abraham begat Isaac; and Isaac begat Jacob” and so it went until you get to – some forty-two generations later – “And Jacob begat Joseph the husband of Mary of whom was born Jesus…”

Genealogy plays an important role in the lives of many families today, even when no royalty is involved. The study of this timeless pursuit can help play a decisive role in bringing families torn apart by circumstances beyond their control back together. In the decades immediately following World War II, families found genealogy instrumental in tracing members displaced by the many tragic facets of the war.

There are other reasons families get separated, as well. Consider famines, where some members must flee the country in order to survive. A mother may move away with her children in order to keep them alive. Or perhaps, as in the events leading up to World War II (and beyond), members of families leave in order to save children or the elderly from undue social persecution…or assured death.

In these cases, genealogy plays a major role in making fractured families whole again…even if the current family members didn’t know that they had members missing. Thirty some years ago, a novel based on a stunningly simple idea of genealogy gave many African-Americans a new common ancestor, Kunte Kinte, the main character of Alex Haley’s book Roots.