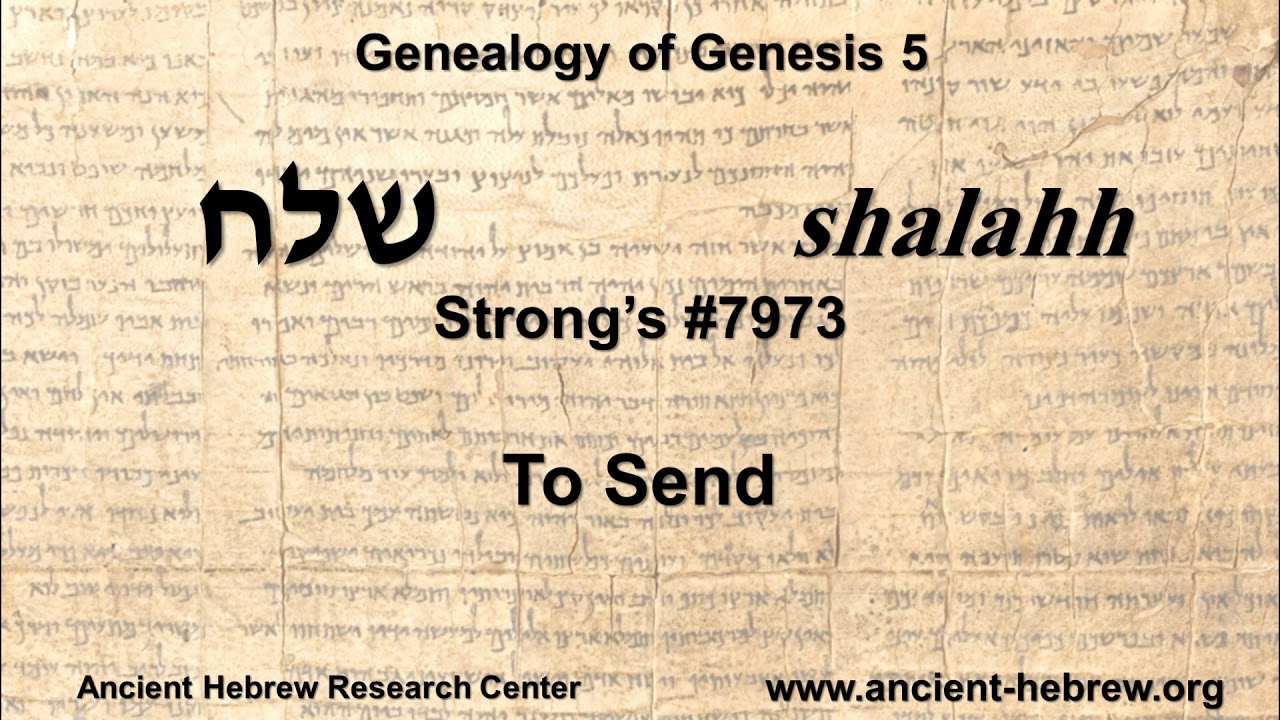 All Hebrew names are words with a meaning and when we examine the meanings of the names of Adam and his descendants in Genesis chapter 5, we find something very interesting. Let’s begin with the name Adam from Genesis 5:1.

This Hebrew name, pronounced adam (121) is a Hebrew word that means “man.”

Then we have the name Enoch (2585), pronounced hhanokh in Hebrew. This name comes from the verb hhanakkh (2596) meaning “to dedicate.” The name Enoch means “dedicated.”

The name Methuselah (4968), pronounced Metushelahh in Hebrew, is two words. The Hebrew word mot (4194) means “death.” Metu is a conjugation of this verb and means “his death.” The word shelahh (7973) is a verb meaning “send.” So Metushelahh means “his death brings.” Interestingly, the flood of Noah came in the year that Metushelahh died.

Next is the name Lamehh (3929), but the meaning of this name is difficult as this word, or any other related word is not used in the Hebrew Bible, making a definition difficult. It is usually accepted to mean “to bring down low,” or “despair.”

Man appointed a mortal dwelling place, the light of God will come down dedicated, his death will bring the despairing rest.