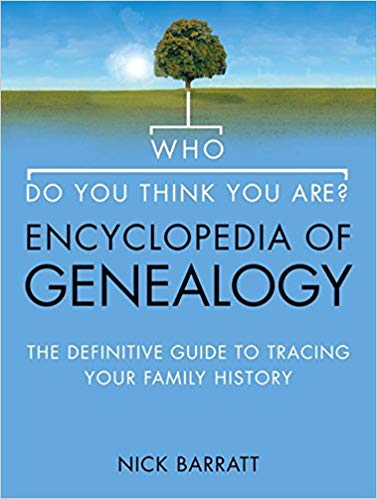 Being able to get a new clue or a link in your family research gives new signs of hope of finally tracing your family history. Its a common reaction that gives you thrills of excitement but sometimes you have to control your emotion for the possibilities of let downs. You might not handle desperation and will discourage you to go on with your family research. Things like these happen probably more times than you expect. Before leaping with joy you better keep your cool and follow up your new evidence with more proofs.

Below are some theories that most people commonly use and end up quitting because they lack the ideas of finding possibilities and investigating further more. Do not rely on the data that you have gathered easily. If you have easily acquired some useful resources of your family history, its advisable to make independent studies about the data you have in hand. By doing this, you are unlocking mysteries and making your family research more accurate.

Always check the number of marriage

Never conclude that the children have a common mother or father. If you are basing your research from the man’s point of view, the children could be off springs from other women. They could come from this present wife, or his wife previously or even a wife after the one you have found. Remember that parentage is one of the hardest things to document, unless you know for sure. Women died in childbirth all the time. It was not uncommon for a man to have 2 or more wives.

If you can’t find a marriage record to support your family research its maybe because of these reasons:

– A lot of early marriages were not documented at the time of the marriage. It could have taken 5 years or so before the marriage could be written down in a courthouse.

– There might have not been a courthouse around or even a church; lots of early marriages took place in homes.

– Hundreds of records were burned during the Civil War.

Don’t always assume that your ancestors came from the same state that their neighbors came from. Family genealogy includes possibilities of migration. In this case migration routes were basically the same but not every person follow the same route. You have to research further.

If you don’t find your ancestor in the next census record and you assume it’s because they were old and died, don’t just assume. Yes, most people did live the normal life span but people did live to a much older age also.

You have to research further, look at the closeness of their homes, how each of them named their children, and court records to see if they witnessed each other’s documents.

Don’t assume that your Jr. you found has the exact same name as Sr. Years ago the words aunt, uncle, Jr., Sr., and cousin were also used when the individual was no relation; in other words they were used very loosely. For example, you may have found land records that have Jr. and Sr. listed but these 2 men just happen to have the same name so to distinguish between the two, Jr. and Sr. were used.

Do not always assume that the name of an individual is a boy or girl’s name. Parents sometimes just liked a name and to us it sounds like a girl but back then it was a boy. Some names years ago were originally boys name but now they are girls. Parents also named their children after a famous person or a long ago relative.

Keep in mind that divorced women did sometimes take back their original name and widows sometimes did the same.

Don’t assume that your ancestor died in the same place he or she was born and never moved around. It wasn’t uncommon for individuals to move their families many time but as they did get older, most moved back to live closer to their family. The best way of working on this is to create a time line and research many of the areas that they lived.

If your ancestor lived in one town or county and then you loose them, don’t just assume that they picked up and moved. There are other reasons you may have lost them. The county that your ancestor lived could have been broken up into several counties or they could of lived on the line dividing 2 counties. You have to research the surrounding counties.

Being a genealogist or family historian, assumptions is what keeps the research going but you have to recognize the trick as an assumption and prove or disprove them with further evidence.