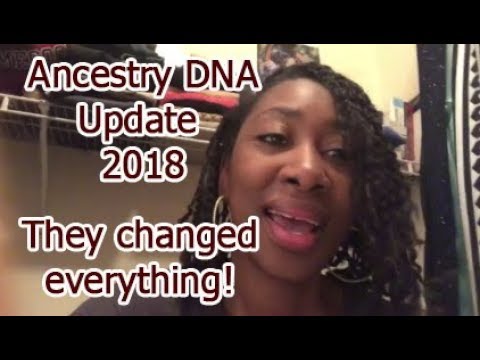 Update as of 9.19.2018 – After much and much research about why and how my Ancestry DNA results would have changed, I understand it and am actually 85 -90% confident that they will be able to continue narrowing my DNA down even more once they are able to test more African regions/ethnic groups. The change actually makes sense now that I have researched it quite a lot in the last four days.
___________________________________
I recently got an update from Ancestry DNA, and they changed most of my results because they said they were now able to narrow my results down even more which made them more accurate. UGGGHHHH! Although I’m glad, it made me mentally drained having to rearrange my thoughts about where I need to dig to find my main 2 African links for my forefathers.