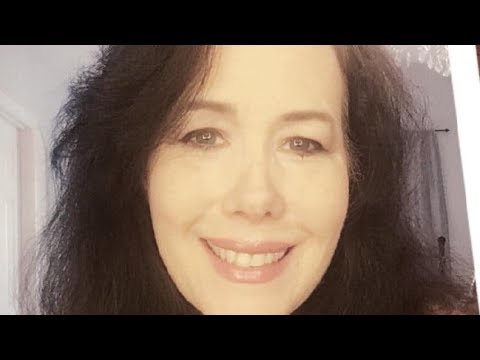 When an ancestry DNA test kit drops a bombshell about your life:
https://www.news.com.au/lifestyle/real-life/when-an-ancestry-dna-test-kit-drops-a-bombshell-about-your-life/news-story/94b44adb379cfb9c92d0f09450339fa3.

Thanks for watching, subscribe for more videos:
https://www.youtube.com/channel/UCd_ODCcrc4jEWgi4qYyy0wg?sub_confirmation=1
“My dad was German, and my mother was Scottish-English,” Ketchum, from Glendale, California in the US, told the New York Post. “I thought it’d be fun to learn a little about my genetic ethnicity, to trace how all the pieces came together.” But she ended up getting far more than she bargained for. When she went on the AncestryDNA site to view her DNA matches, there were no connections between her and her father. Even more unsettling, at least two-thirds of Ketchum’s matches had Hispanic surnames. “At first I didn’t believe it,” she says. “But then I kept rechecking it, and I realised, oh my God, does this mean I’m … I’m Hispanic! All these years I thought I was German on my dad’s side, but all of a sudden it was dawning on me that my dad wasn’t my real dad and I had an entirely different ethnicity.” At 51, Ketchum’s familial and cultural identity had changed in an instant. “I looked in the mirror, and I didn’t know who I was anymore,” she says. “Every Hispanic person I saw on the street, I thought, ‘Are you my cousin?’ ” As an only child whose parents were both deceased, she had nobody to turn to for answers. So she kept searching on AncestryDNA. She finally discovered the identity of her biological father, Bill Chavez of New Mexico, who had died when Ketchum was just 17. “It kind of consumed me,” says the mother of eight. “I still wonder sometimes, would my life have been different if I’d known this earlier? My real father, my actual grandparents, they all spoke fluent Spanish. I can’t even speak a word of it!” Although no one can confirm what she assumes was an affair between her mother and Bill Chavez, she claims she’s had “flashbacks” since learning about her real dad. “I remember my mom bringing me to Bill’s house when I was really young,” she says. “I can so clearly see myself in that kitchen, Bill is sitting at the table, and there’s another woman there in a pink housecoat. She’s friendly but not warm. I remember his wife’s name was Rose. I don’t know if the woman I met was his wife.”  She joined a secret Facebook community called DNA NPE Friends — NPE is short for “Not Parent Expected”— and found not just the support she needed but a reminder that she’s far from alone. “I never realised that there are so many others,” Ketchum says. “All over the country, DNA is blowing up family secrets.” Business has never been better for what’s often called “recreational genetics.” The number of people who’ve had their DNA analysed — which involves mailing your saliva or cheek swab to a genetic testing company like 23andMe, AncestryDNA, Family Tree DNA, or My Heritage — doubled in 2017, with more than 12 million customers, or roughly 1 in 25 American adults paying to have their genes decoded. What these companies are offering can sound tantalising to anybody with even the mildest interest in genealogy. For just $100 — the average cost of a direct-to-consumer genetic genealogy test — you can “Learn a more complete story of you,” as AncestryDNA’s website
#When, #ancestry, #DNA, #test, #drops, #bombshell, #about, #your, #life
#DNAtest, #DNAancestry, #DNAancestrytesting, #ancestrytestingkits, #testkit, #realdad, #familysecrets, #biologicalfather, #genetictestingcompany, #Warningsancestry, #homegeneticsindustry, #DNAkit, #genealogymysteries, #rigorousscreeningprocess, #mombringing, #projectionsclaim, #mildestinterest, #termsofservicestatement, #sciencewriter, #genealogyondemandmarketplace, #realfather, #NewMexico, #UnitedStatesofAmerica, #NorthernAmerica, #NorthAmerica, #America, #Glendale, #California, #NewYorkPostCompany, #Facebook, #Inc, #LindaKetchum, #Rose, #CarlZimmer