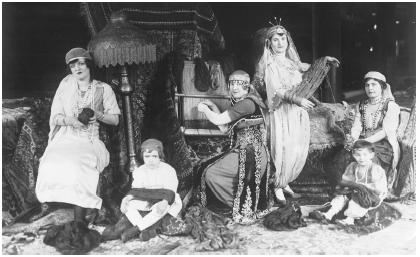 Is it really possible to trace Armenian genealogy, given the complicated and often misspelled last names, language barrier from generation to generation, and the Armenian Genocide of 1915? Simply put, yes.

The first known Armenian to come to America was “Martin the Armenian,” who settled in the Jamestown Colony in Virginia in 1618 or 1619. Since records of that era concentrated on individuals with a fair amount of prominence, we surmise that Martin was probably well off, as he is mentioned in several records both in America and in England.

Over the next 200 years, there are scattered records of Armenians immigrating primarily to America’s Eastern Seaboard — New York, New Jersey, Massachusetts, and Philadelphia. Starting in 1850, there was an increase in Armenian immigration (mostly from Constantinople) to the United States; however, for the majority of Armenians living in the U.S. today, their ancestors arrived between 1890 and 1920. These immigrants arrived with little money in their pockets, and were of a working class background that limited them to taking jobs with long hours and low pay.

Many Armenian immigrants, after settling and working on the East Coast, eventually moved west to California — Fresno to be exact. From Fresno, many of the new transplants headed south to Los Angeles. Those who chose to remain on the East Coast stayed in proximity, for the most part, to where they first settled.

The only documents these early immigrants likely possessed were passports, and for a few, a birth record. Little did they know that 100 years later, their descendants would want to know everything about them, including when they arrived in America and where they settled.

So, how do you begin to tackle what appears to be the daunting task of tracing your Armenian heritage? The old saying “begin at the beginning” is never truer than in genealogy. Here’s a tip: Rather than focusing on dates, turn your attention to the oldest living relative in your family — that’s your beginning, Because oral tradition is important in the Armenian culture, parents have passed stories to their children and grandchildren for hundreds of years. Just one story could provide names of the previous generation, the generation that didn’t come to America, and perhaps even a valuable date. Usually, the oldest living member in an Armenian family will have this information, so start with him/her — this is the beginning of your Armenian family search.

Genealogy can be frustrating at times, often causing a researcher to give up, especially after reaching a dead-end. Take heart, it’s not over yet. Do what you can do, and know that if you hit a brick wall in your research, there are professional genealogists and websites that can unlock vital clues that will open doors to your past.